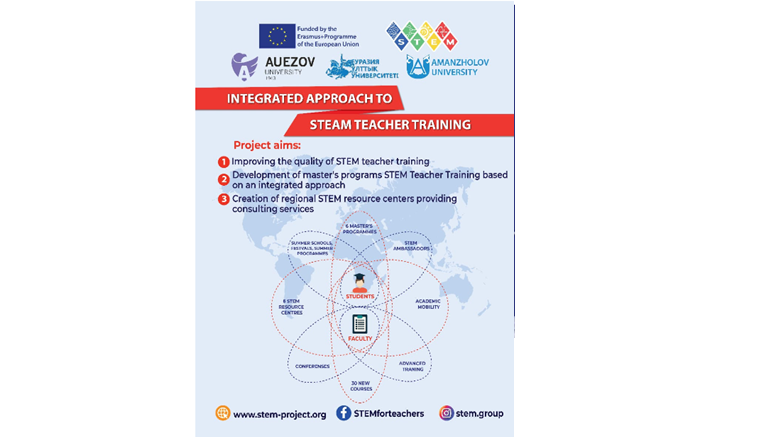 The forum was attended by the Head of the Delegation of the European Union, the Head of the Education Department of the Council of Europe, the Ministers of Education and Science of the Republic of Kazakhstan and the CIS countries, the achievements of the Republic of Kazakhstan in the field of higher education, the development of the Bologna Process in Kazakhstan were discussed, a special place was given to the implementation of the Tempus and Erasmus projects +.

The interim results of the project were presented in the form of a video clip and a poster (in three languages) at the Erasmus + Air Defense Project Results Exhibition.

At the end of the International Online Forum "Global in the Regional: Kazakhstan in the Bologna Process and EU Projects", the STEM in Education project was awarded a certificate. 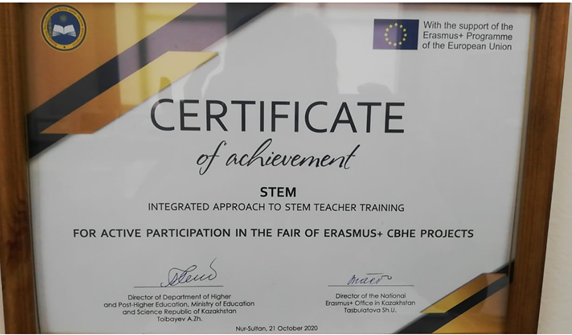